This site is under construction. 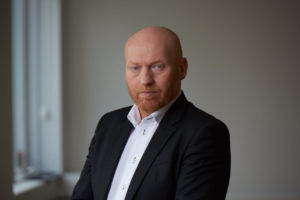 Dr. Herbertsson is the Founder and Chairman of Taurus slf. Prior to that he was a Member of Parliament (MP) in Iceland for the Independence Party and a Professor of Economics at the University of Reykjavík.

Before becoming a MP he was the CEO of Askar Capital Ltd, an Icelandic investment bank. He spearheaded the $1.5b household debt relive program for the Government of Iceland. He served as the Special Economic Advisor to the Prime Minister of Iceland during the collapse of the Icelandic banking system in 2008. He was the Director of the Institute of Economic Studies and a Professor of Economics at the University of Iceland before joining Askar Capital Ltd. He has published over 50 scholarly papers and is the editor, author, and co-author of 13 books and monographs on various topics in economics.

Currently, Dr. Herbertsson is the Chairman of Qudran Iceland a part of the French Qudran International renewable energy group and sits on the advisory board of FinEquia International Inc., a Canada publicly listed crowdfunding platform.